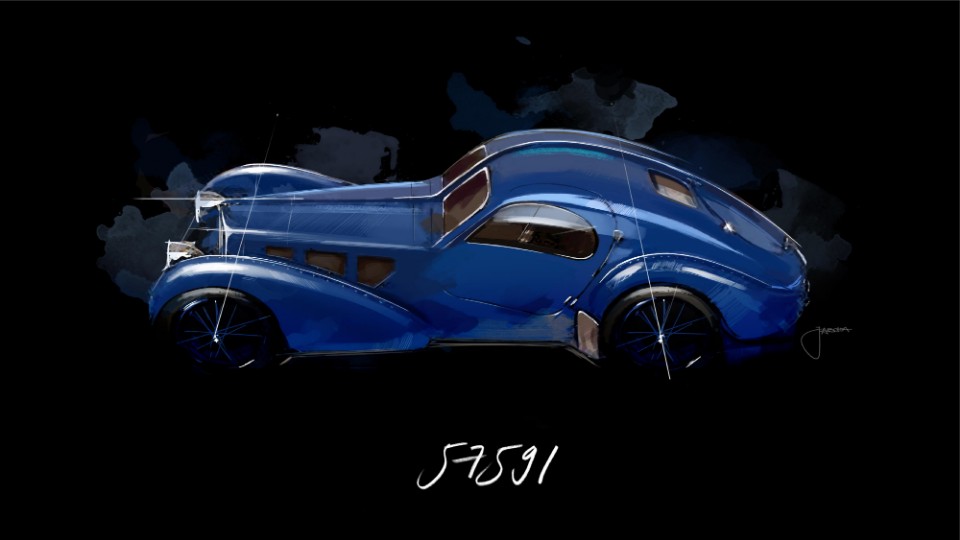 Case of the disappearing Bugatti

What’s the most expensive car ever made?

We’ve asked this question before, but it’s worth pondering again.

The title goes to the Moon Buggy, built by Boeing for the Apollo Space Program in 1971.

The quote was $US 19 million, but the final figure was closer to $38 million thanks to cost overruns – remember that’s in 1970s money.

Four Buggies were built. Three were left parked on the Moon — the fourth was cannibalised for spares.

One car that might give the Moon Buggy a run for its money — if anyone could find it — is a missing Bugatti Atlantic — one of four Atlantics  built in the 1930s.

Bugatti sold three of the hand-crafted Atlantic models to customers.

In 1936, Bugatti built the first model for British banker Victor Rothschild, originally without a supercharger, in grey-blue.

This vehicle, with chassis number 57 374, is now known as the “Rothschild Atlantic”.

The “Holzschuh Atlantic”, the third car built, with chassis number 57 473, was delivered to Jacques Holzschuh of France in October, 1936.

The second owner of the car, a collector, died in an accident on a level crossing. The Bugatti was completely destroyed.

Decades afterwards, it was the subject of a complex restoration, although the engine could not be saved.

Fashion designer Ralph Lauren is the owner of the last Atlantic produced, with chassis number 57 591.

The “Pope Atlantic” was completed in May, 1938 – its first owner was the Briton R.B. Pope.

For those that can count, Jean Bugatti had the second Atlantic made for himself.

Only he or a few selected friends, mainly Bugatti racing drivers, had the honour of sitting behind the large steering wheel of the coupé with chassis number 57 453.

Bugatti used “La Voiture Noire” (the black car) with a front bumper and lower doors as a model for photos in brochures and a demonstration car for international motor shows such as those in Lyon and Nice.

In contrast to the other models, there is no trace of this car after 1938.

It is not quite clear whether Bugatti sold the car to a racing driver among his friends, or whether it was moved to a safer region of France when the German army invaded Alsace — which is more probable.

One thing is clear – the second Atlantic built has not been found to this day.

Its disappearance is one of the great mysteries in the history of the automobile.

Experts put the value of the car at around 150 million Aussie dollars – if it ever appears again (but it’s a long time to stay hidden).

CHECKOUT: Moon Buggy had the moves