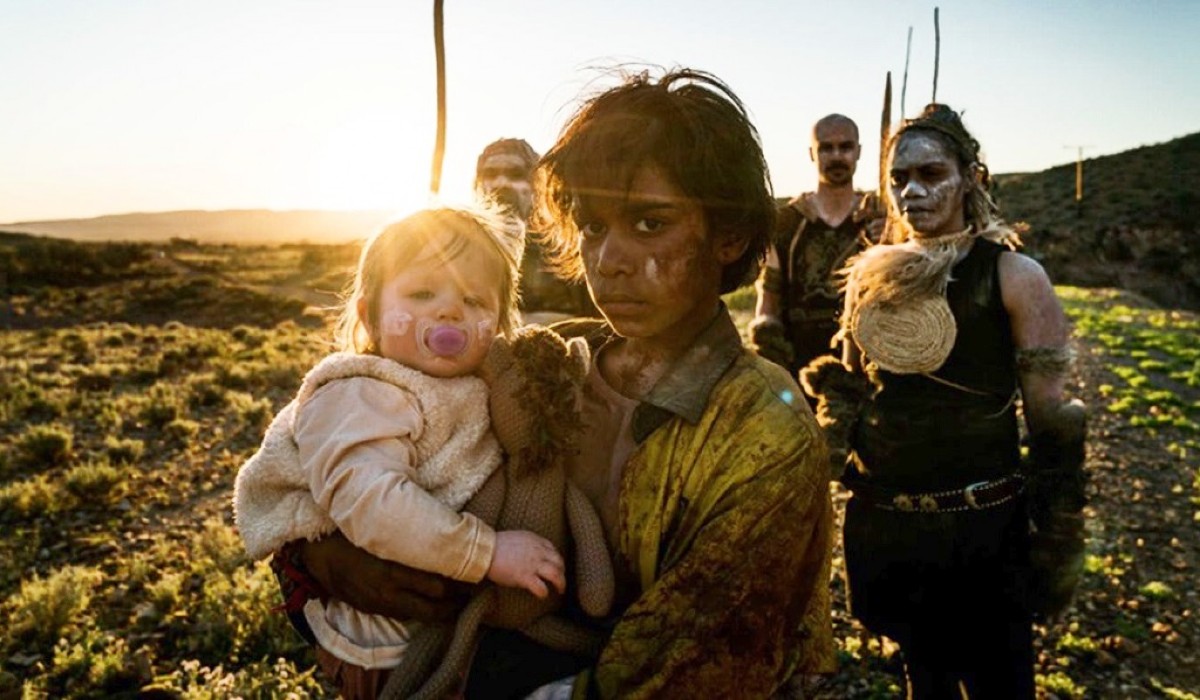 Sometimes, the best things to watch cannot be found in the Netflix top 10.

Sometimes, you’ve got to go looking outside the mainstream — to find entertainment that isn’t slick and instantly forgettable.

And sometimes, just sometimes, you’ll strike gold, with a a gems like the 2017 Australian film Cargo.

The storyline is simple and confronting, and it is set in the Australian outback, with a cast that includes plenty of indigenous actors including David Gulpilil.

Thankfully, the zombies are rather slow moving, don’t appear in overwhelming numbers and are easily stoppable for the most part.

But true to the genre, once you’re bitten, you’re history, with 48 hours before you succumb to the virus.

The opening scene is a houseboat, with a family of three: Andy Caine (Martin Freeman) his wife Kay (Susie Porter) and their baby (played by twins Lily and Marlee McPherson-Dobbins).

It soons becomes clear that something is amiss when the boat ventures too close to a family on the river bank and they are warned off by a man waving a rifle.

Running short of food, Andy takes the dinghy to search an abandoned yacht.

His search is successful, but is cut short when he hears noises from a behind a door in the forward part of the boat.

When Kay questions him about the wisdom of his foraging excursion, he lies telling her there was nothing to fear.

While Andy is asleep, Kay returns to the boat only to be bitten by its zombie occupant.

And so, abandoning the houseboat, the family begins their desperate flight to get help.

The few survivors they encounters have returned to self-preservation, shoot first ask questions later mode, rusting no one outside their immediate group.

In contrast, the indigenous population, has united in the face of the threat and seem better equipped to deal with the zombies who they expertly spear.

See if you recognise David Gulpilil as Daku, the Clever Man.

After Kay succumbs to the virus and Andy also becomes infected, he is faced with the impossible task of finding someone to care for their baby.

Along the way, he is befriended by a young indigenous girl, Thoomi Bell (Simone Landers) who has been caring for her infected father.

It’s never going to end well, but the final dreadful images are likely to stay with you.

Cargo is a remake of a 2013 Australian short film of the same name, also directed by Ben Howling and Yolanda Ramke, and written by Ramke.

That seven-minute film starred Andy Rodoreda as a father who must protect his young daughter (Ruth Venn) during a zombie apocalypse.

It was made for the Tropfest short film festival, where it was a finalist.

It went viral after it was uploaded to YouTube, and has featured on many web sites.

With a bigger budget and all-star cast, the film grew from seven minutes to a full length feature film of 105 minutes.

It was filmed at Wilpena Pound, Flinders Ranges and the Murray River, in South Australia.

English actor Martin Freeman seems to specialise in mild-manner characters who find themselves in extraordinary circumstances and as such is well cast for his role in Cargo.

Freeman is probably best known for his portrayal of Bilbo Baggins in Peter Jackson‘s The Hobbit film trilogy.

He also played Tim Canterbury in the original UK version of the mockumentary The Office (2001), Dr John Watson in the British crime drama Sherlock (2010) and Lester Nygaard in the dark comedy-crime drama TV series Fargo (2014).

Susie Porter is well known to Australian audiences, having appeared in film and television.

She has also been a regular on the award winning prison drama Wentworth since 2018.

Rodoreda can actually be seen in the longer film as the father of the family on the river.

“Simone’s never acted before, she’s been a joy,” he said.

“She’s a really lovely lovely girl, she loves to laugh. She was charging me a dollar every time I swore so I ended up giving her a lot of money.”

You can catch Cargo on Netflix.

Yes, it’s a zombie flick, but there aren’t hordes of them and the storyline that lifts it above and beyond the genre.