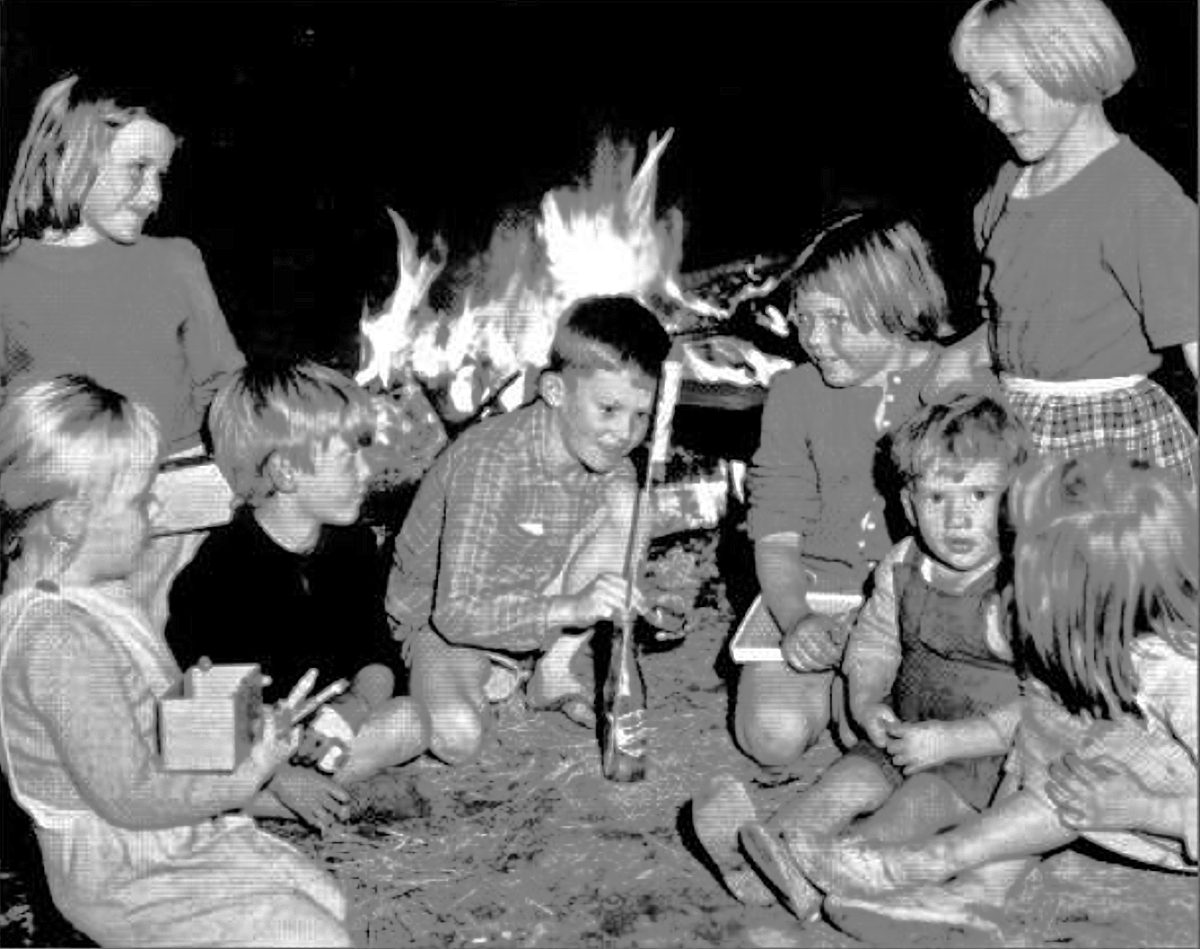 When I was a kid growing up in 1960s Sydney we got 20 cents a week pocket money.

Doesn’t sound like much, but back then you could get a mixed bag of lollies from the corner store for a few cents.

We were able to supplement our 20 cents by scouring the neighborhood for discarded drink bottles and cashing them in for the deposit.

When cracker night came around though, any and all money we could lay our hands on went on fireworks — the more the better, especially those that went off with a bang — Throwdowns, Tom Thumbs, Penny Bungers and the heavy hitters, Thunders.

We lived on a cul-de-sac in the Northern Districts, sitting at the top of a hill, in a long, red brick ranch style home with a “breezeway” that my parents built.

The breezeway was an integrated carport that provided access to the backyard, but later became bedrooms for me and my brother.

It was a short walk to school and to the park at the bottom of the street where all of us kids used to hang out and play “forcings back” which involved kicking a football over a power line that ran across the park.

Anyway, with all that loot burning a hole in our pockets the sound of the icecream man coming up the street spurred us into a frenzy of action.

We’d gather around like moths to a light at night, all arms, legs, shorts, rubber thongs, bikes and excited chatter.

Our bloke drove a grey EH Holden station wagon that played a music box version of Green Sleeves (of course).

I’m pretty sure it was an EH.

We owned a grey one at one point that Mum made flowery curtains for — so I could be confused.

The rear seat of the wagon was laid down and an ice chest lay flat in the back, with doors that opened upwards towards the roof.

At least I think it was an ice chest because it didn’t run off the cigarette lighter (I don’t think that technology was available back then).

But my favourite was Streets Cappuccino or its close relative the Vienna Chocolate, both of which came in paper cups with a little wooden paddle to scoop out the icecream.

Looking back it was probably the Capuccino that gave me my taste for coffee, because my day doesn’t really get going until I’ve had a couple of caffeine hits.

In the unfortunate circumstance that my brother and I didn’t have any money, we’d go tearing inside looking for Mum, begging shamelessly for enough to buy an incream.

She’d smile and make out she didn’t have anything to give us, but would always oblige with: “Alright, just this once, but don’t make a habit of it.”

Poor old Mum, she died a few years back after a long battle with Alzheimer’s. What a terrible disease!

When we weren’t begging for icecream money, we’d range far and wide across the district on our dragster bicycles in search of adventure, only returning when the shadows started to grow long.

It was a different world back then.

Driving us was the quest to find Argentine ants and the $10 reward on offer from the Government if we were successful.

Back then, 10 bucks would have been like winning the lottery — especially to a kid.

There was a waterhole they called the Crystals in a gully behind the football field where we had it on good authority the ants had been spotted.

One time, in a Summer of ’42 moment, we came across a group of teenagers swimming naked (seriously).

During the winter we’d play soccer for the local church team.

Then on Sundays we’d crew for Dad, who’d built a 14-foot trailer sailer in the garage which he raced with the Parramatta River Sailing Club.

It was an amazing achievement considering he’d never built a boat before.

Well, he had previously converted one into a sailboat, but we damn near drowned when it capsized under Tom Ugly’s Bridge and we had become trapped in the cabin.

Later we learned to sail ourselves, in tiny Sabots and Manly Juniors with two sails — as members of the Hunter’s Hill Junior Sailing Club.

We raced them too, scared stiff we’d be taken by a shark if we capsized (which happened a lot).

You see when you went over, you had to swim right out and around the mast and sail as they flat on the water to get to the centreboard, climb up on it and use your weight to pull the boat back upright.

That swim, even though it was just a few metres, was an adrenaline-charged experience.

The adults assured us the sail scared off the sharks (yeah, right).

Returning to the clubhouse late in the afternoon, wet, shivering and unable to unclench our fingers after hours spent holding tight to the sheets (ropes that tethered the sails), we looked forward to a hot drink and a pie after we’d stripped the boat, washed everything down and put it back in the clubhouse.

Then there was Sunday school, CEBS (Scouts with religion thrown in), trips to the public pool, and catching the bus to Crows Nest to go 10-pin bowling.

We had it pretty good. I don’t think we were rich, but I guess we were doing all right — better at least than the starving people in Africa who we heard about when we wouldn’t eat our vegetables.

The trick there was to take a mouthful, excuse yourself from the table to go to the toilet — then spit them out.