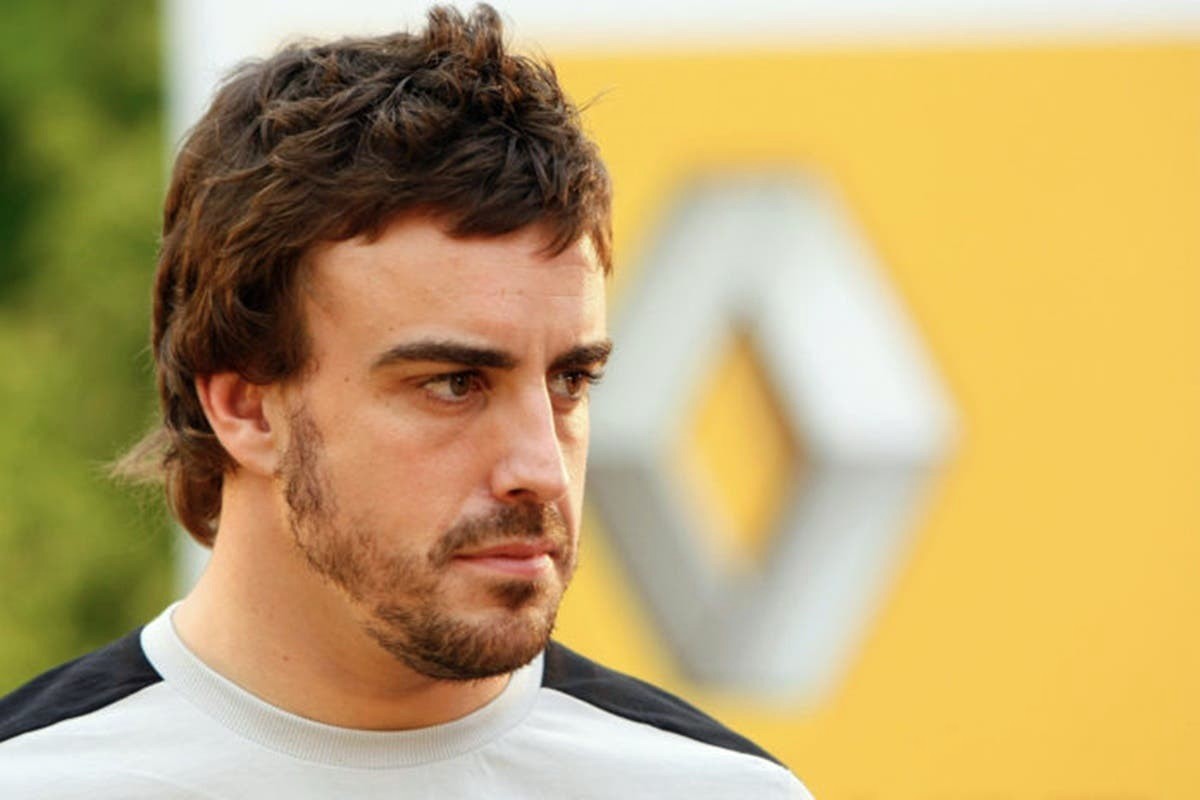 Can you hear the drums, Alonso?

DOUBLE World Formula 1 champion Fernando Alonso has returned to his ‘home’ team, visiting Renault’s facilities at both the Enstone, UK, and Viry-Chatillon, France, sites for the first time in 10 years in preparation for his 2021 F1 campaign.

The Spaniard’s F1 career has been meshed with that of Renault.

Both his drivers’ titles were sealed with Renault, first in 2005 and again the next year.

During the two-day visit to Enstone, Fernando completed a full day in the on-site driver-in-the-loop simulator, a seat fit and engineering meetings with Renault DP World F1 Team technical management — plus a visit to the wind tunnel to see progress for next year.

He then flew to Paris to catch up with Renault engine technicians at Viry as he visited the dynos and engine build workshops at the French site.

“Being back at Enstone was a very good experience, they were very emotional days,” he said.

“A lot of things have changed; the simulator is new, the wind tunnel has been updated, but a few things are the same: there are the same offices, the gym that I used to visit a lot.

“It was a like a first day at school, with lots of things to learn and get through, but it was very productive.

“I’ve followed a program in the simulator, getting used to the car a little, testing the facilities – last time I was here the simulator didn’t exist.

“Then I had a seat fit and meetings with key people to understand the program for next year. It was really just getting up to speed.

“I think the team is in good shape for the future.

“The last few races were encouraging for everyone, for myself too.

“To see Renault back in a competitive manner is a good thing for the sport and I’ve been delighted to see the improvements.

“We’ve still got a long way to go and the midfield is very tight, but I think the guys have done an amazing job trackside.

“The last couple of races were very exciting to watch and I am looking forward to being back in the mix.

“I’ll now follow what the team needs from my side – some sim days, helping some weekends and being available for the team for anything they need.”

Renault F1 Team Team principal Cyril Abiteboul said it was great to see Alonso back at the team in person.

“He’s hugely motivated to have the best start possible,” he said.

“He wants to be very involved in the preparations. Spending three days at Enstone and Viry gave both sides the opportunity to restart those links and set the foundations at a very early stage, which will be critical to hit the ground running in 2021 — a key year in our progress as a team.”

Meanwhile, Daniel Ricciardo and Esteban Ocon are at the Sochi circuit, in Russia, for today’s race.

Sochi is the third longest circuit on the calendar, stretching 5.848km.

The city also competes with Perth for the official title of longest city in the world. Sochi runs along the shoreline for roughly 145km.

The Sochi Autodrom is the second circuit on this year’s revised calendar to incorporate a former Olympic venue, the other being the Circuit de Catalunya (Barcelona ’92).

A single lap of the Sochi Autodrom sees Formula 1 drivers make about 65 gear changes, or some 3445 times over the race distance.