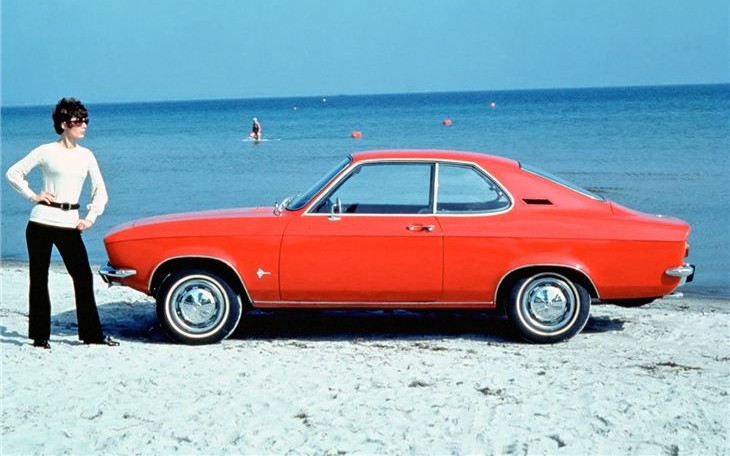 General Motors designer George Gallion has had a profound impact on the cars Australians have driven over the past 40 years.

It is George, in his role as Deputy Design Director at Opel, who penned the automobiles that became our Holden Gemini, Commodore and Camira.

Gallion studied industrial design in Atlanta, Georgia and joined GM Styling in 1961, in the same graduate intake as John Schinella (HK/HT/HG/HQ Holdens and Monaro, LC/LJ Torana and the 3rd and 4th Generation Pontiac Firebirds, to name a few) and Leo Pruneau, the retired Design Director of Holden.

In 1966, he moved to Opel and became Deputy Design Director.

One of George’s first stand-out designs was the Opel Manta A, which was Opel’s response to the 1969 Ford Capri.

George had little time to design the Manta.

“My boss at the time, Chuck Jordan, gave me the job of developing a competitor to the Capri,” he said.

“Chuck left for vacation with the words ‘have it finished by the time I’m back, otherwise I’ll show you how it’s done’.”

His 1974 Opel Kadett C was used as the basis for GM’s first real global car.

We saw it in Australia as the Holden Gemini.

Gallion was responsible for the design of GM’s first V-Car, which Australians saw as the 1978 VB Commodore.

In a Wheels magazine interview in May, 1981 George said of the J-Car: “I think it will be the best car we’ve built. It will also be our most international car. There will be styling differences. The Australian version will have subtle styling changes pencilled by Holden’s design team. The American versions will have even more changes.”

He also shaped the 1986 Opel Omega A which Holden transformed into the 1988 VN Commodore.

Another of George’s memorable cars is the 1975 GT-2 concept.

This is a crisp edged dream car that still looks fresh today.