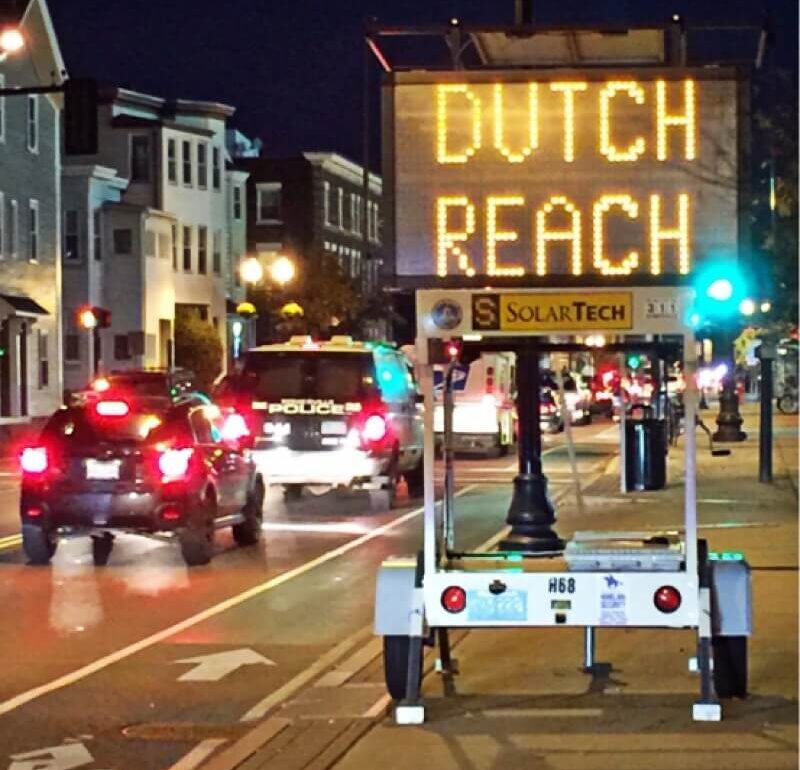 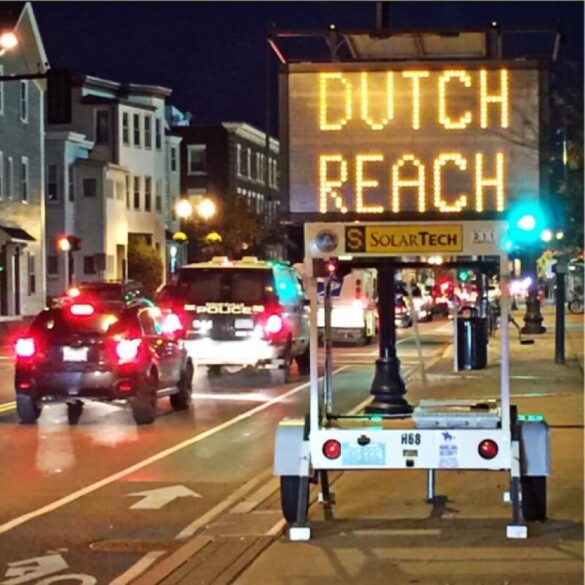 Bicycle riders, sick of being car-doored, have called for changes to the law — but apparently only in Victoria.

They want what’s known as the Dutch Reach technique included in driver education and the road rules handbook.

First promoted in The Netherlands almost a decade ago, it encourages drivers to use their left hand to open the door, forcing them to look over their shoulder.

Doing so creates an opportunity for them to catch sight of any vulnerable road users, such as bicyclists or motorcyclists — before opening their door.

The technique has been recognised internationally as an important measure in preventing accidents between bikes and open vehicle doors, an incident commonly referred to as ‘dooring’.

A submission, co-signed by Bicycle Network, Amy Gillet Foundation, We Ride Australia, AusCycling and RACV, has called for the ‘Dutch Reach’ technique to be included in all road rule handbooks and learner driver materials.

Dooring is one of the most common types of bike-related crashes in Australia, and in most cases is due to a misjudgment by the person exiting their vehicle.

A 2020 survey by RACV found that 80 per cent of Victorian cyclists feared being doored during their ride.

RACV’s Elizabeth Kim said that the key to encouraging more bike-riding in Victoria was to introduce important policies like the Dutch Reach, which can have a real impact on safety and confidence for bike riders.

“While we’re excited by the increasing number of bike riders across the state, we have a real responsibility to ensure they feel safe on the roads,” she said.

“The Dutch Reach is a great example of a small change drivers can make that will have a big impact on bike-rider safety.

“We know, through our experience with RACV Drive School, that once the Dutch Reach is taught to learner drivers, they do see the safety benefits and start to use the process thereafter.”

RACV supports the call to recommend the technique in the road rules handbook and learner driver materials.

The United Kingdom recently revised their Highway Code to recommend that drivers use the Dutch Reach technique when exiting vehicles.

The changes came into effect online this January and will be included in the updated printed version from April 2022.

In Australia, South Australia is only the state to recommend the technique in its state road rules.

“The Dutch Reach is well known within the bike riding community, but most people who don’t ride a bike have probably never heard of it.

“We need to change the Behaviour of every person exiting a vehicle and this is an important first step.

“It may seem like a small win, but if every new driver in Victoria comes out of the learning experience with a catchy way to remember to look out for bikes, it will make a massive difference to road safety for bike riders.”

No mention of NSW, ACT, Queensland, Western Australia or the Northern Territory — nor making hi-viz vests or shirts compulsory for riders which would seem like a no brainer.