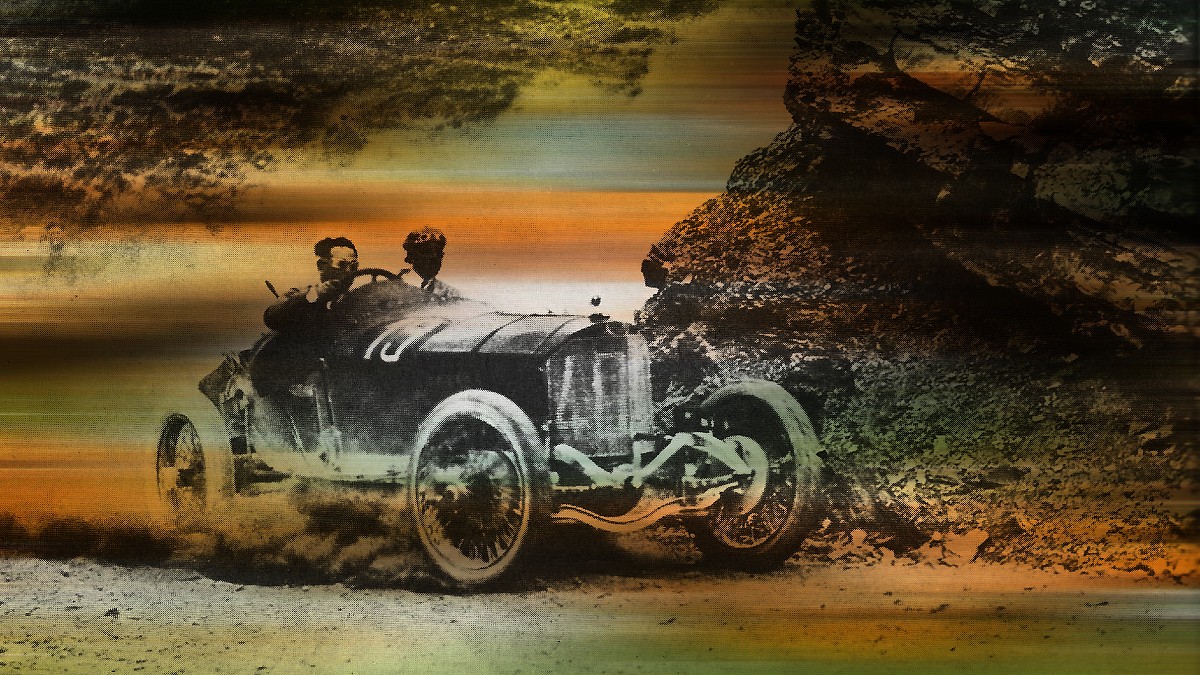 IT was 100 years ago that Max Sailer drove the Mercedes 28/95 hp Sport under the piercing Sicilian sun for a little less than seven-and-a-half hours to complete the mountainous Targa Florio.

The event was first run in 1906 as the world’s first race for sports cars and by 1921 its status had grown to the point where it was the first road race to attract professional works teams.

Mercedes was keen to show its muscle in the Italian classic, and entered no fewer than six cars.

Max Sailer drove for 432km against a formidable field of mostly Italian drivers and cars, and finished first in class (for touring cars of over 5.0 litres) and second overall, finishing some two minutes behind Giulio Masetti in a Fiat 451.

The 1921 race was held on a 108km circuit, near Palermo in the north of the Sicily on unpaved mountain roads.

Drivers were required to complete four laps of the challenging track which contained around 1500 bends, and an 800m altitude change.

Daimler-Motoren-Gesellschaft (DMG) had two of their 28/95 hp Sports cars sent to Sicily, but Sailer and co-driver Hans Rieger elected to drive their racer the 2000km there.

Adding to the course challenges were high temperatures and dust, as well as the great risk of tyre punctures from horseshoe nails that littered the road.

The latter may have prevented them from claiming overall victory, since they  had to change tyres nine times — but winner Masetti, in his Fiat, somehow did not have a single flat tyre.

So it’s remarkable that despite the punctures, Sailer was able to finish so close behind Masetti, averaging 57.9km/h.

But to the German team’s advantage was new technology in that their big Merc was the first Daimler-Motoren-Gesellschaft (DMG) car with four-wheel brakes.

It provided a noticeable improvement in braking power, and from 1923, the production version of the top model 28/95 hp was also equipped with the “all-wheel brake system” which, in time, was adopted as a standard in automotive engineering all over the world.

The Mercedes 28/95 Sport was the next step in high-performance luxury vehicle evolution.

It had a 66kW (90hp) in-line six-cylinder, overhead valve engine with a 7.3-litre displacement and an overhead camshaft.

For 1921 racing activities, the Mercedes 28/95 hp was extensively modified by the engineers and was considered a separate model, adding a “Sport” suffix.

Some of the upgrades included an increase in engine output to 81kW and a reduction in the wheelbase to 3065mm for better maneuverability.

The driver’s seat was lowered, as was the cooler, which was placed further back.

Max Sailer returned to the Targa Florio in 1922 at the wheel of a 7.5-litre supercharged six-cylinder 28/95 Mercedes, finishing 6th overall — but still won his class.

In 1923, Mercedes made its first appearance at the Indianapolis 500.

Ambitious Europa a dream machine for the masses

The cars were equipped with superchargers, a first at the Indy 500.

Sailer qualified 20th and was the best of the Mercedes team, eventually finishing 8th.

He also competed in the Italian Alpine race and the International Automobile Competition in Baden-Baden.

After the end of his racing career he became technical director and a deputy board member of Daimler-Benz AG.

From 1934 he managed the entire design and development activities for the vehicle range, including the racing cars.