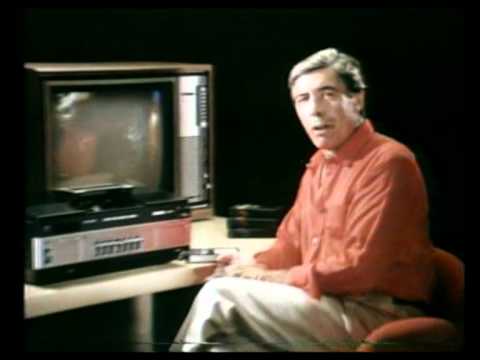 Beta was better but nobody cared

Home
Memory lane
Beta was better but nobody cared

After our story about TDK audio tapes, I couldn’t pass up the opportunity to talk about Beta video cassette recorders.

I still recall when VCRs were introduced in the late 70s or was it the early 1980s and I can also remember the intense debate that surrounding the virtues of the two competing recording formats – Beta and VH-S.

Beta was clearly the superior system, just like the recorders they used in the television industry, but the market spoke and VH-S eventually became the predominant format.

We, of course, bought a Sanyo Betacord VCR.

The recordings were better and it came with a wireless remote – don’t laugh some early devices like the one our friends bought included a corded remote control with a wire that trailed across the loungeroom floor.

Sony pioneered the Beta system believing that better quality recordings were the key to success and that consumers would be willing to pay a higher retail price for better quality.

It soon became clear however that consumers were more interested in longer recording times, lower retail prices and compatibility with other machines so they could share tapes with their friends.

Our video shows well known Aussie actor Michael Pate, best known for Matlock, who died in 2008 at age 88, advertising the virtues of Sanyo Beta VCRs in 1980.

It was all good in the Riley household until the Beta tapes started to disappear from the shelves of our local video store.

I don’t remember what happened to that recorder, but I do remember the schmick looking NEC machine we bought to replace it from Brashs – remember them?

It was, cough, a VH-S recorder (but at least the kids were happy).

Then DVD players arrived and our viewing experience was transformed, literally, with crystal clear movies that were better than those you watched at the pictures.

I collected DVDs for a while, even sold a few on eBay and have about 1000 of them taking up space in various shelves around the house.

That was then and this is now because I can’t remember the last time I bought a DVD.

These days it’s all about storing and streaming movies, using services like Netflix.

The collector in me is however drawn to building a Plex media server – but that’s another story . . .