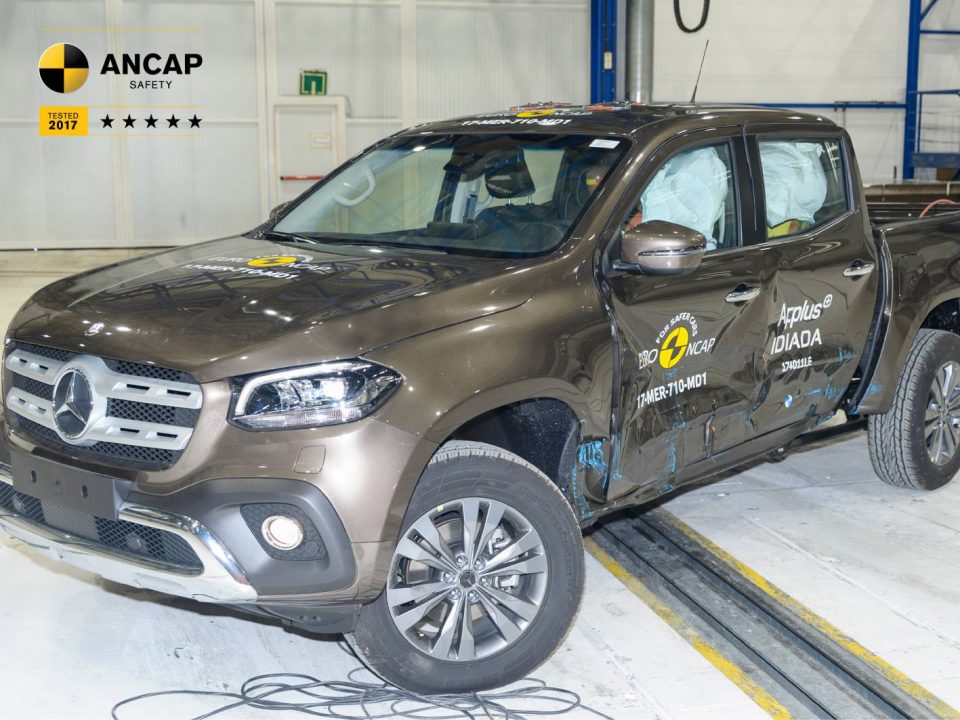 The new Mercedes ute has been hailed as a “game changer” by the organisation that tests the safety of cars in Australia.

The X-Class is the first utility to enter the Australasian market with autonomous emergency braking (AEB).

Autonomous emergency braking is fitted as standard on all X-Class variants, helping it achieve a 5 star ANCAP safety rating.

“This is a game-changer for the ute market and puts pressure on competing brands,” ANCAP boss James Goodwin said.

“The light commercial vehicle segment has generally lagged passenger cars and SUVs with regard to safety specification, so the inclusion of AEB as standard across the X-Class range is to be commended.”

In tests the AEB system fitted to the X-Class performed well, detecting and either avoiding or mitigating crashes with other vehicles at low and high speeds.

Its AEB system is also capable of detecting and preventing crashes with pedestrians.

Due for launch in April the Benz X-Class will be available in 13 variants priced from $45,450.

All variants of the Volkswagen Polo, Jaguar E-PACE and BMW X2 have achieved a 5 star ANCAP safety rating.

“The Volkswagen Polo scored a high 96 per cent for Adult Occupant Protection with maximum points scored for the driver in the full width frontal, side impact and oblique pole tests.”

“The Jaguar E-PACE scored well across all assessment areas and features a ‘pop-up’ bonnet and external airbag to improve head protection for struck pedestrians. Lower leg protection for the driver in the frontal offset crash scenario could however be improved.

Nissan has another crack at ‘fixing’ Navara