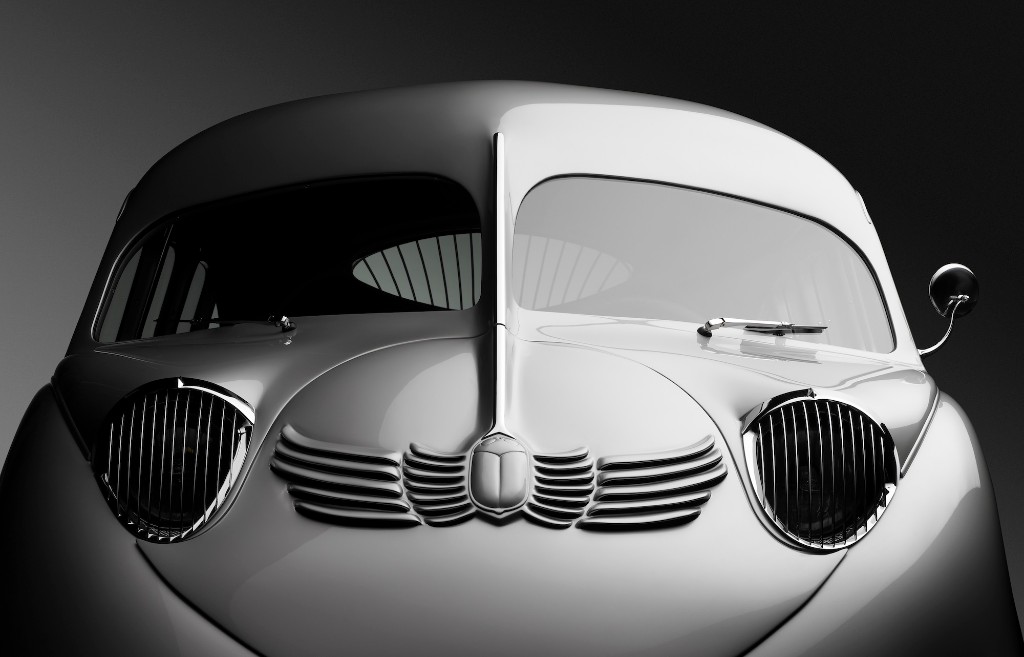 You’re looking at the Scarab, thought to be the world’s first people mover.

And if you happen to be visiting the UK next month you can see the stunning, art deco-inspired 1936 Stout Scarab at Concours of Elegance at Hampton Court Palace.

The Scarab, which predates VW’s bus by a good 15 years, was the work of journalist, automotive and aviation engineer William Bushnell Stout and only nine exist.

Inspired by ‘futurist’ author, architect and designer Buckminster Fuller and his tear-drop creation — the Dymaxion — Stout envisaged the Scarab to be a 100-a-year production phenomenon in an age of uninspiring automotive design.

Unfortunately, the time-consuming coach-work and $5000 price tag (almost $100,000 in today’s folding money) meant that the idea never gained the traction needed to become a success, and only nine were completed.

The Scarab is now an incredibly rare, art deco-inspired, coach-built masterpiece that perfectly encompasses the spirit of the show — which boasts the most spectacular stories, the most astonishing design and the finest craftsmanship on offer in the automotive world.

This particular Stout Scarab is also at the subject of a war-time legend.

Legend has it that it was the scene of a meeting between General Eisenhower and Charles de Gaulle during the Second World War.

Throughout the 1950s it is reported to have been used by a circus owner, who kept monkeys in the car while they toured the continent.

It was then sold on to a French industrial designer who had the vehicle placed in a museum in Reims.

The current owners had the vehicle restored in 2001 and have kept it in top condition ever since.

Featuring alongside a display of every Aston Martin Zagato variant, a collection of the most important vehicles in Bentley’s 100-year history, and the most significant Ferrari in existence, the Stout Scarab brings an extra dash of style, rarity and intrigue to the UK’s most coveted concours event.

CHECKOUT: Back to the Future with the Electrovan