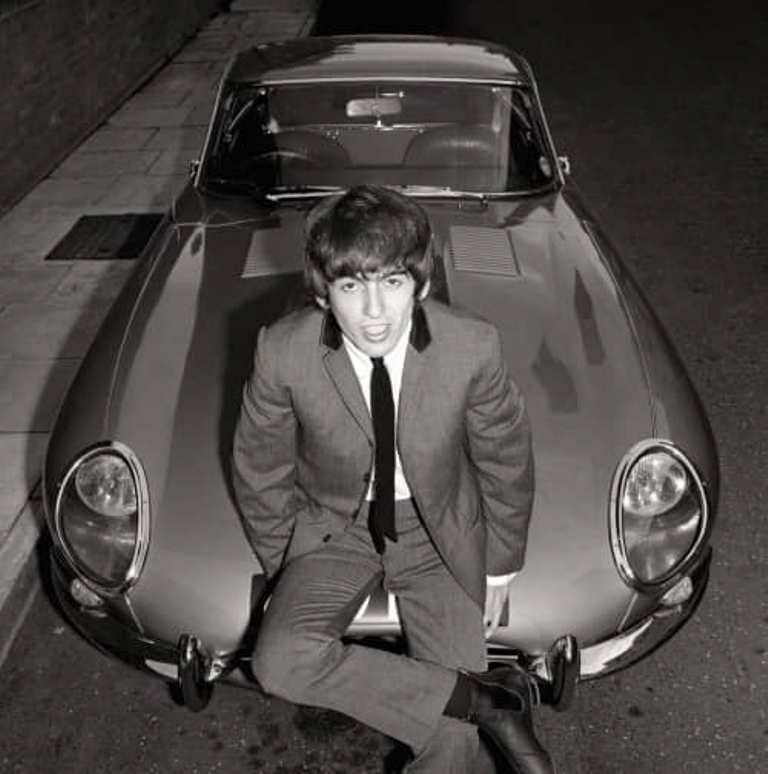 Anyone who was anyone had an E-Type

Home
Wheel life
Anyone who was anyone had an E-Type

There’s taste and then there’s beauty.

When they combine the world gets what Enzo Ferrari described as “the most beautiful car ever made.”

Released in 1961 the Jaguar E-Type immediately captivated the public and sparked a cult following that remains as strong today as it ever was.

Back in the day, anyone who was anyone had an E-Type.

Then there was George Harrison, one quarter of The Fab Four.

And Peter Sellers, former Goon and genius, was the owner of THE very last Series 1 E-Type that left the production line in Browns Lane. He bought it for his wife at the time, the gorgeous Britt Ekland.

But what is it about this stumpy tailed, lonnng bonneted, beauty that still quickens the heart beat after nearly 60 years?

Consider what the E-Type offered.

There was the original 198kW 3.8-litre six that became the iconic 4.2, along with a “proper” gearbox, otherwise known as a four speed manual. Well, until 1966, when a three-speed auto became available as an option.

There’s that independent rear suspension, still found in many cars after a transplant from a wrecked Jag (this is where you wipe away the tears).

Lob in the smooth as a Swiss watch V12 that appeared in the Series 3 and it’s a recipe for goodness in car form.

The actual production of the E Type was spread across three models, the Series 1, 2, and 3, and spanned 14 years in total.

The Series 1 was built from 1961 to 1968 and was available as a hard top or convertible two seater.

There were two body types: a hardtop and a two-seat roadster. A 2+2 became available in 1966 thanks to a longer floorpan and body.

American regulations saw large rubber bump stops fitted to the front and rear bumper, and the air intake given a slatted grille. But these did little to numb the appeal.

For me, the cleaner lines of the non-rubberised versions grab me every time, but I’ll admit to a little bias here being a 1986 Jaguar Sovereign owner and former slave to a Series 2 XJ6.

The look is smooth, slippery, and aerodynamic, with those evocative hips oozing seduction. Sure, there’s a price to pay, with the hoary old “you need two Jags so you can have one for spares” and for those that had the V12 — dealing with a maze of plumbing.

But the E-Type rises above any issue because it’s just so damned good looking. The proportions are spot on and the design is timeless — it’s something that gets into your blood.

Ginnie Mather is the owner of a Series 2 2+2, purchased in the UK and brought to Australia in 1968.

“We love the colour, pale primrose, the acceleration, speed, cornering ability and particularly the wonderful classic shape, so much more iconic than the convertible’s shape,” she said. “I just love driving it.” .

Alan Roper is one of those who dreamed of owning an E-Type.

“I bought my E-Type five years ago,” he said. “My dream car was a Healey 3000 because I NEVER thought I’d have a chance to own an E-Type.

“It was a Saturday when my neighbour drove up in his MGB. We got talking. His dad had passed away and he had been left the MGB, a Cadillac, speed boat, and an E-Type.

“I said “Shit yeah!” The deal was done on the footpath and two weeks later I was the proud owner of a car I hadn’t seen that was in another state. My brother collected it for me and got it running.

“Twelve months later we drove it 1600km to its new home without a glitch. It’s now had a full front end restoration and is awaiting the motor to be completed. I’m hoping it will be back on the road this year.”

E-Type. On their own they elicit a smile and feeling of mmm. Together, they embody the most beautiful car ever made and one I’d personally love to see in the garage one day alongside my Sovereign.

CHECKOUT: Back from the dead: Jaguar D-Type reborn