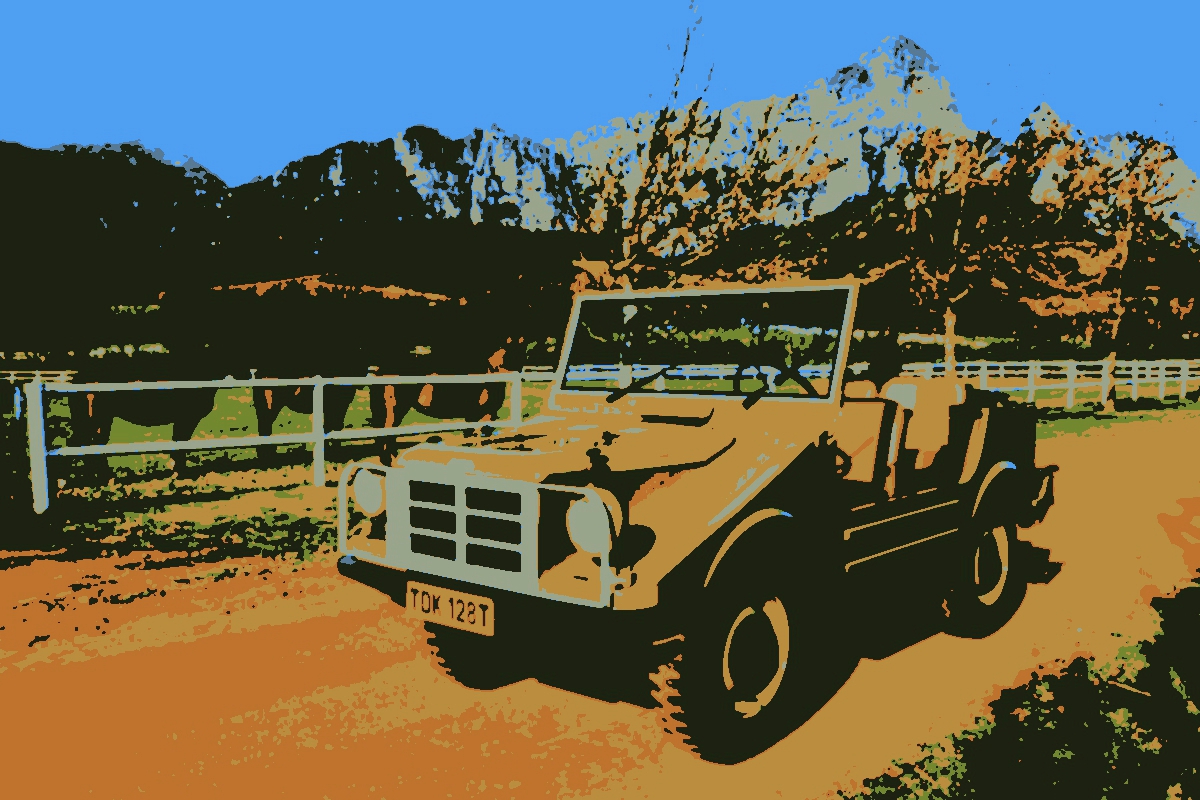 Amazing Munga could climb a mountain

Today, quattro is a mainstay of Audi’s vorsprung durch technik product line-up, but 60 years ago Ingolstadt produced a four-wheel drive vehicle with more utilitarian use in mind.

DKWs and Auto Unions are familiar sights at classic car gatherings around the country, their distinctive shape and characteristic engine note attract attention wherever they appear.

In 1932 DKW merged with Audi, Horch and Wanderer to form the Auto Union that was symbolised by the four-ringed badge that now adorns all modern Audis.

Once established under the same roof, DKW and Auto Union were pretty much as one and models were branded between them.

One lesser known result of this coalition was the DKW Munga that was built by Auto Union in Ingolstadt, which today is Audi’s headquarters.

The Munga is a basic off-roader, along the lines of Volkswagen’s Beetle-based Kübelwagen, built for use in the war between 1940 and 1945.

But while Kübelwagen can be loosely translated to mean ‘bucket-seat car’, the Munga’s definition is far more intricate and explanatory, coming from the German phrase Mehrzweck Universal Geländewagen mit Allradantrieb, which translates as ‘multi-purpose, universal, cross-country car with all-wheel drive’.

Subsequently the Munga was referred to as a DKW SUV, F91/4, M-car, DKW 3=6-terrain vehicle or DKW hunting car.

Based on the F91 DKW, production of the Munga began in October, 1956 and it was launched the following year.

Aimed primarily at governmental-type applications, there were three body styles.

A four-seat ‘jeep’ – Munga 4 – plus two pick-ups with either a short (Munga 6) or long (Munga 8) flatbed were developed and customers included the German armed forces and border police as well as other military arms of NATO.

The Royal Netherlands Army ordered 2000 units but apparently gearbox shift forks kept breaking due to a manufacturing fault and such unreliability caused their withdrawal and most of the fleet was later shipped to the UK.

The civilian version was targeted at agricultural and forestry as much as private use, but reportedly this accounted for only 10 per cent of sales.

However, it did become popular in countries where there was a demand for ‘go anywhere’ transport, with South America and South Africa high on the list of export destinations.

To illustrate this capability, in 1959, at the age of 63, German former athlete, DKW motorcycle racer and racing driver and sports journalist Ilse Thouret drove a Munga 17,000km from Tangier through the Sahara, Nigeria, Belgian Congo and Rhodesia to Cape Town – a test of endurance for both (wo)man and machine.

In 1958, at the Los Angeles Auto Show, the car was presented to the American public as the Bronco, which must have made Ford sit up and take notice.

Production of the Munga ceased in December, 1968 after 46,750 units were built – it was also available in CKD form (Completely Knocked Down).

Munga was also built in São Paulo, Brazil by DKW-Vemag, where it was called the DKW Candango and was manufactured from 1958 to 1963 in four-wheel and two-wheel drive versions.

The Franschhoek Motor Museum, situated 80km outside of Cape Town, has a Munga 4 (also known as a Type 4) in its collection that was manufactured in 1960.

Its early history is not known, and when FMM acquired it in 2007, the cylinder head and fuel lines were corroded and the brakes needed attention — but these were easily repaired and the Munga now oozes functional charm.

The overall design is boxy and basic – almost Tonka toy-like and none the worse for that – measuring 3445mm long and 1705mm wide and having a surprisingly heavy dry weight of 1085 kg.

An interesting feature is the sharply sloping front fenders that prove invaluable when cresting blind rises as the design helps the driver to see what is immediately ahead rather than being confronted with a view of the sky over a bulging bonnet.

The engine first used to power the Munga is DKW’s familiar 896cc three-cylinder two-stroke that punches out a mere 27kW of power at 4200 revs – later on a 33kW version was used.

A three-speed gearbox was standard, with a four-speed optional as fitted to this particular example.

Four-wheel drive was permanent and the transmission layout included a reduction gear operated by a T-bar handle sprouting from the dashboard.

The layout meant there were eight forward and two reverse gears, but pains were taken to advise that low ratio should only be used at very low speeds, in effect being a creeper setting with a lowest ‘speed’ of just 3km/h.

So, although the engine’s power and torque outputs are minimal, having a octet of ratios to choose from does give the Munga plenty of desired ‘go anywhere’ capability – it just happens slowly.

A gradient climbing ability of 70 per cent is quoted and the fording depth is given as 500mm.

Getting in requires unhooking a steel rope and stepping up and over the high sill.

Seats are rudimentary buckets but provide a satisfactory driving position, save for the floor-hinged pedals being offset to the right – the Munga’s wheelbase is short and the broad wheel arches intrude as a result.

The spindly spokes of the large steering wheel are matched by the bent rod gear lever while the far more substantial handbrake lies between the seats.

What does appear out of place is the headlight dip switch protruding from the floor under the driver’s feet.

Turn the key and fire up and the familiar Deek thrum springs into life with an accompanying puff of two-stroke blue smoke from the exhaust, which is tucked behind the left rear quarter-bumper.

Left-hand drive steering proves to be not too heavy, as does pedal operation, but the gearshift gate is far from well defined – a bit ‘stir it and see’ until its vagaries are mastered.

Typically, the DKW thrives on revs and once on the move it bowls along nicely. What it lacks in muscle it makes up for with enthusiasm.

The upright screen has a pair of independent wipers (it also boasts demister vents) with an opening vent in the middle of the dash for ventilation when the hood is fitted and even a lockable glove box is provided.

A stout grab handle is provided for the front passenger.

Behind, there are cubbys under the individual seats and storage compartments on top of the wheel arches.

Running on 7.00 x 16-inch Dunlops, the ride is firm and compliant with only a large turning circle hampering manoeuvrability.

DKW/Auto Unions enjoy healthy support from local enthusiasts with the Munga a less well known derivative as its production history would suggest.

Like all its passenger car brothers and sisters, there is an attraction that is hard to pinpoint, but the Munga’s functionality helps make it a ‘smiley classic’ with a touch of rarity.

CHECKOUT: Hudson had it first (and the Commodore)