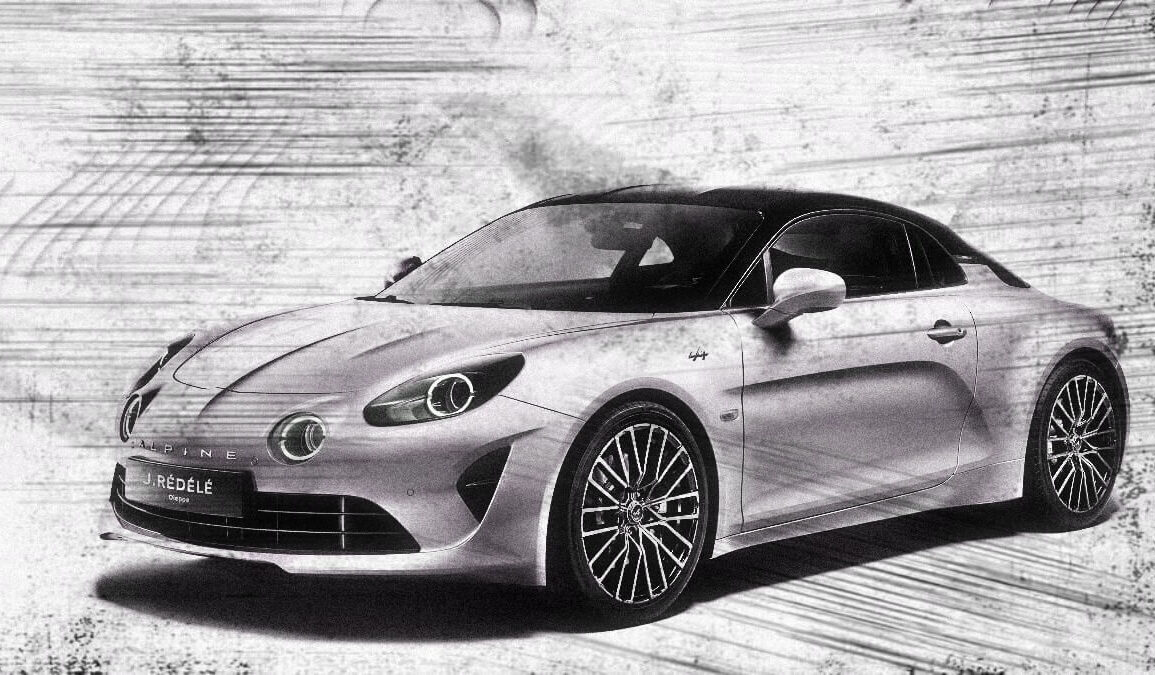 Alpine has unveiled a limited edition to mark the birth of founding father, rally ace Jean Rédélé in 1955.

The stylish limited-edition A110 GT J. Rédélé was unveiled at the Alpine 100 year celebrations at the brand’s birthplace in Dieppe this weekend.

The event saw 1000 examples of iconic Alpine models past and present gather in the town.

Based on the A110 GT model, the new limited-edition features a colour that Jean Rédélé was particularly fond of, Montebello Grey, combined exclusively with a high-gloss black roof.

Designed with grand touring in mind, the latest addition to the Alpine line-up blends striking looks with a high level of standard equipment.

The exterior is completed with diamond-cut black 18-inch Grand Prix alloy wheels, through which exclusive silver brake callipers are visible.

Inside, the black leather interior and elegant grey stitching throughout the cockpit emphasise the synergy between the Montebello Grey paint scheme and the dark styling elements.

Limited to just 100 units in reference to the 100th anniversary of its founder, each vehicle will carry a numbered plaque bearing the signature of Jean Rédélé.

The limited-edition will be available to order via the Alpine app from June 1.

The A110 GT J. Rédélé Limited Edition lead a special celebratory parade from the Manufacture Alpine Dieppe Jean Rédélé, the historical production site of Alpine then and now, that culminated at the Dieppe seafront.

Jointly leading the parade was the BWT Alpine A552 F1 car, which for the first time ever took to the town’s roads.

Completing the impressive sight was a procession of old and new Alpines and the iconic Gendarmerie’s A110 Berlinette.

On reaching the Dieppe seafront, Rédélé’s wife Michelle was handed the keys to the very first A110 GT J. Rédélé.

Saturday’s event concluded with a gala dinner that welcomed personalities who have each played a key role in the brand’s long and storied success.

On Sunday, visitors to the celebrations were able to cheer on Fernando Alonso and Esteban Ocon behind the wheel of their BWT Alpine F1 Team single-seater during the Monaco Grand Prix, which was broadcast on giant screens in the town centre and on the waterfront.

The memorable event was hosted by the IDÉA collective (Initiative Dieppe Événements Alpine) with the support of Alpine.