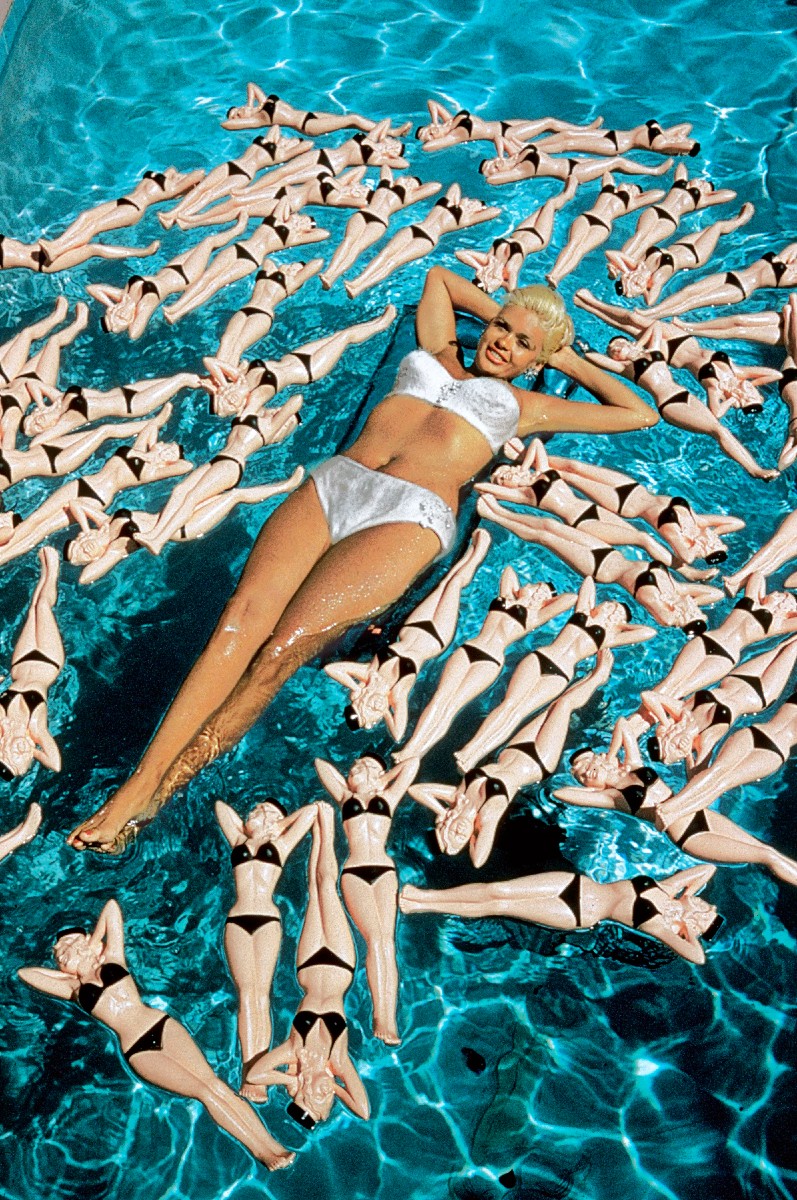 Actress Jayne Mansfield famous for all the wrong reasons

Actress Jayne Mansfield set the pulses of a great many men racing in her day.

But who’d have thought the blonde Hollywood bombshell would end up being indirectly instrumental in saving an untold number of lives through the loss of her own?

Born in 1933 as Vera Jayne Palmer, the lovely Jayne grew up in Texas and was one of those rare combinations of extreme beauty and exceptional brains.

She learned several languages, took lessons in dancing and singing as a child, and enjoyed playing the violin.

In fact, Mansfield had an IQ of 163, a figure that was ballpark with the likes of Albert Einstein and Steven Hawking.

But her persona oozed sexiness in a time when pin-ups were all the rage and the super-shapely actress put her best features to use.

A solid rival for Marilyn Monroe, Mansfield turned herself into a brand and continually sought ways to capture the world’s attention before falling victim to a terrible road accident in 1967.

She married Paul Mansfield in 1950 when she was 16, as many young women did in those days, and went on to study drama in college.

But that ended after they moved to Los Angeles five years later, where she was determined to break into the Hollywood scene.

She got her chance that year when she was invited to a press party celebrating the premiere of Underwater, where Mansfield frolicked in the pool wearing a red lamé bikini  while photographers looked on.

Then, in what could be called history’s first ‘wardrobe malfunction,’ Mansfield and her top suddenly parted ways.

Soon after, Mansfield signed a contract with Warner Bros in 1955, but apparently not for her acting ability.

The studio used her in just a handful of films, fearing she might be a threat to their then brightest star, Marilyn Monroe.

Asked to comment on the voluptuous Mansfield, the famous Bette Davis said: “Dramatic art in her opinion is knowing how to fill a sweater.”

Mansfield acknowledged people preferred her looks to her 163 IQ brain.

‘They’re more interested in 40-21-35,’ she said, so she used her assets to boost her publicity, doing everything she could to stay in the spotlight.

Biographer Ray Strait once said of Mansfield: ‘She would open a cracker box if she thought it would get the press there.”

One of Mansfield’s most famous ‘events’ occurred at a 1957 studio party for Sophia Loren, to which Mansfield showed up wearing a very low-cut dress.

While she claimed to have not intended for one of her nipples to slip out of her dress, many believed the incident was planned.

But it certainly gained her enormous attention, newspapers and magazines around the world using a series of pictures of Mansfield and Loren together — one which famously shows Loren giving Mansfield’s cleavage some side-eye.

As Loren recalled: “She came right for my table. She knew everyone was watching. She sat down . . . Look at the picture. Where are my eyes?

“I’m staring at her nipples because I am afraid they are about to come on to my plate. In my face you can see the fear.

“I’m so frightened that everything in her dress is going to blow — boom! — and spill all over the table.”

Mansfield’s self-engineered publicity stunts and a 1955 photoshoot for Playboy reportedly disturbed Warner Bros so greatly that they ended her contract.

Other stories claim the actress was unhappy with the work the studio offered, and she quit on her own.

Next, Mansfield returned to the stage and appeared on Broadway in the comedy, Will Success Spoil Rock Hunter?

The production ran for almost 450 shows, causing Mansfield’s co-star Orson Bean to remember, “It became a hit because of Mansfield and all the publicity. She is the only performer who was on the cover of Life magazine twice in one year!”

It wasn’t only Life that gave Mansfield attention. In a nine-month period, she appeared in newspaper photographs some 2500 times.

Her popularity eclipsed that of Marilyn Monroe in 1957 when she was said to be worth about $40 million, or around $US 350 million today.

With some major films under her belt, Mansfield was a star and a popular addition to Bob Hope’s Far East USO show.

“I reminded the boys that Jayne was wearing a special dress for the occasion, made of 200 yards of barbed wire,” Hope recalled.

The troops were so happy to see her that 100,000 men gave her a standing ovation.

Perhaps they were applauding what she was wearing, since Neil Adams, one of Mansfield’s co-stars, remembered the actress appearing on stage in a bikini despite the fact she was performing in Alaska and it was minus 20 degrees outside.

Mansfield’s films for 20th Century Fox became the most significant of her career, and she won a 1956 Golden Globe for The Girl Can’t Help It.

She bought a mansion on Sunset Boulevard and turned it into yet another part of her brand.

Complete with sparkling pink quartz embedded in the walls, champagne-filled bathtubs, and a heart-shaped swimming pool reportedly built by Hargitay, Mansfield called her home the Pink Palace and adopted the colour as hers.

She then decided to take her career into her own hands and accepted a headlining act in Las Vegas, becoming one of the first women to do so.

She appeared nightly at the Tropicana for several weeks, earning $25,000 a week to entertain the audience with dances, jokes and songs.

She also leveraged her popularity by making public appearances and attended ribbon-cutting ceremonies for a fee of $10,000, as well as accepting a variety of titles, including Miss Geiger Counter, Miss Nylon Sweater and Miss Fire Prevention.

Mansfield and second husband Mickey Hargitay divorced in 1964 after having three children together.

She next became involved with her divorce attorney, Sam Brody.

It was then, as the two travelled together with three of Mansfield’s children and driver, Ron Harrison, that disaster struck on June 29, 1967.

On her way from a stage performance in Biloxi, Mississippi to New Orleans for a TV appearance, a cloud of pesticide spray on Route 90 enveloped their car.

It affected Harrison’s vision and their Buick Electra 225 ran straight into and under the back of a slow-moving trailer truck.

Harrison, Mansfield, and Brody all lost their lives.

The children, eight-year-old Mickey, six-year-old Zoltan and three-year-old Mariska, asleep in the back seat, were hurt but survived.

Mariska also became an actress and is a star in the TV show, Law and Order SVU.

The outcome of that shocker was that the National Highway Traffic Safety Administration created a law that required all truck trailers to feature a rear underguard, which became known as the Mansfield bar.

It later became law throughout most of the world, sometimes known by different names.

With that remarkable brain, Jayne could have become famous for who knows what?

But the social scene of that time being what it was, and the fame it brought her, resulted in her being immortalised in other ways.

I think of her every time I see a truck with one of those straight safety bars across its tail.