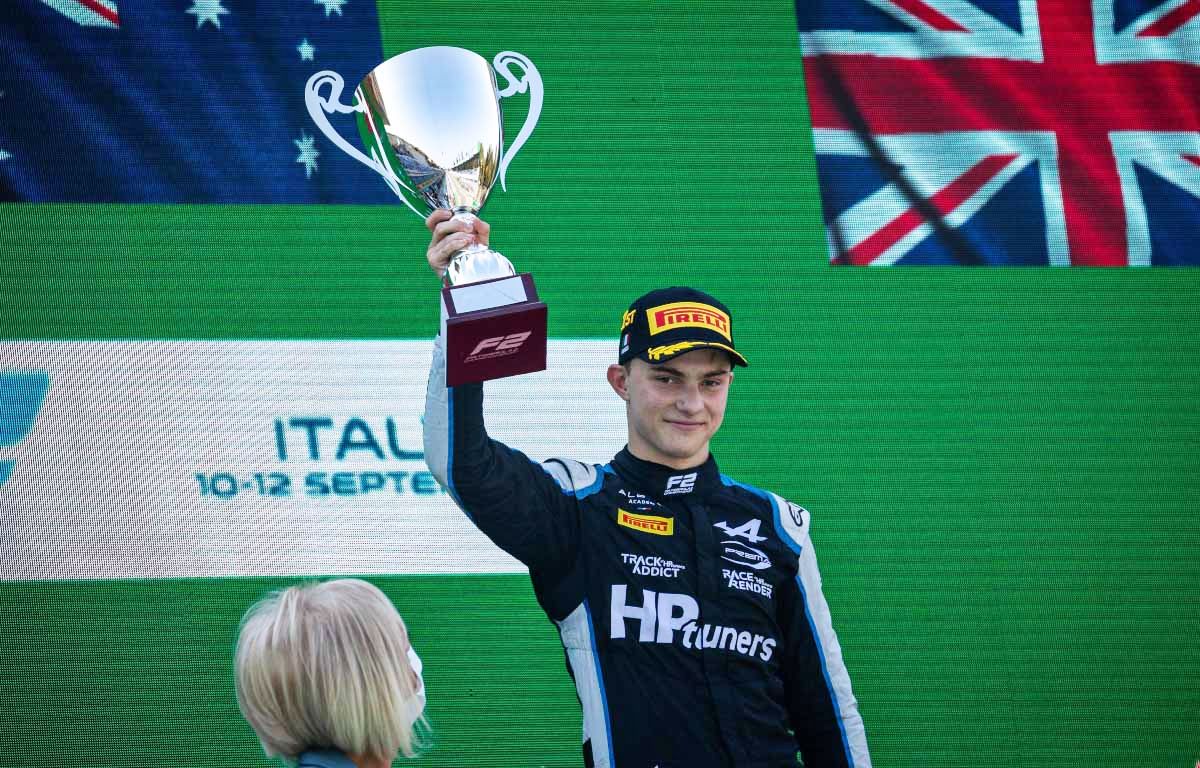 AUSTRALIA has another Formula 1 star in the making.

Oscar Piastri, a 20-year-old from Melbourne, has just won the 2021 FIA Formula 2 Drivers’ Championship, making single-seater history in the process.

Piastri, like Daniel Ricciardo, is also of Italian heritage and has now claimed three consecutive drivers’ championships adding to his Formula Renault Eurocup title in 2019 and the FIA Formula 3 Championship last year.

In the process, Oscar now joins an elite club of drivers, including George Russell and Charles Leclerc – to have won back-to-back Formula 3 (GP3) and Formula 2 titles.

The Alpine Academy driver has been a revelation in Formula 2 this year and has enjoyed a stellar campaign with five wins, five pole positions and 227.5 points in his rookie season so far.

He has just clinched the championship in the opening Sprint Race of the Abu Dhabi Grand Prix after finishing a superb third from 10th on the reverse grid.

Consistency has been key to Oscar’s success in 2021.

He began the season brightly with a win at the opening round in Bahrain before back to back podiums on the streets of Monaco.

He added a further podium with second place in Baku and then laid down the gauntlet to his competitors in the series with five consecutive pole positions – equalling Leclerc’s effort in 2017 – at the final five rounds.

Oscar remained in dominant form in the Feature Races with third place at Silverstone, and three consecutive victories at Monza, Sochi and Jeddah.

“I’m very happy to become Formula 2 champion today and get it done in the first race,” he said.

“It was one of my better races of the year after going from 10th on the grid to third place.

“I’m certainly pleased with that, but I’m sure this feeling of being champion will take a while to sink in.

Alpine chief executive Laurent Rossi said: “We’re exceptionally proud of what Oscar has achieved this season, so a huge congratulations to him for this fantastic achievement.

“He is a huge talent. He possesses speed, racecraft, maturity and has huge potential for the future.

“He is a valuable member of the Alpine team and we are looking forward to putting more of his talent into Formula 1 now in the next natural progression in his journey.”