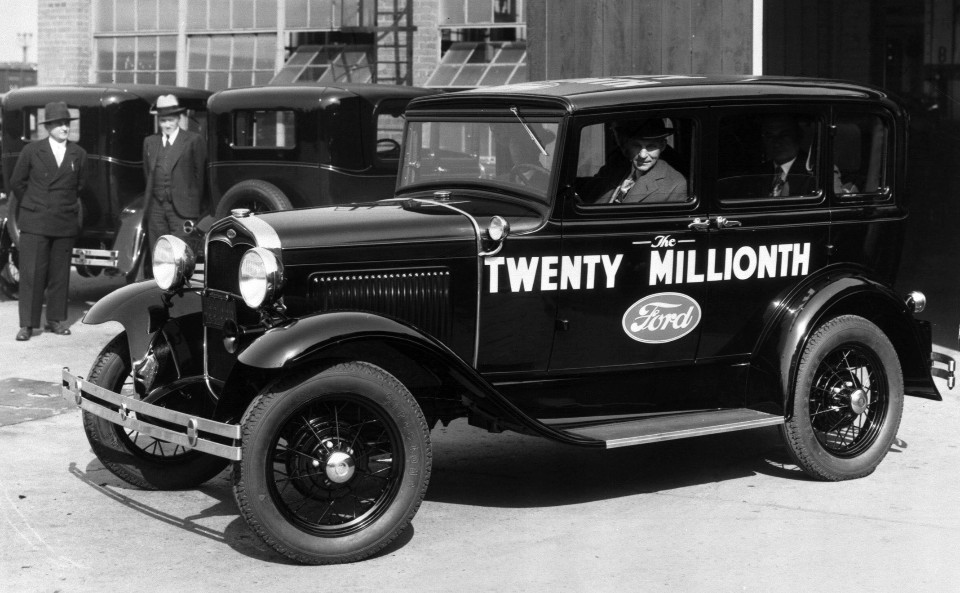 It is 90 years since the Model A Ford went on sale in Australia.

The Model A was old Henry Ford’s belated recognition that his Model T was outdated and it sales decline was imperilling Ford’s global finances.

You see, by the mid-1920s the Model T was losing favour with a car buying public that now wanted more than cheap, basic transport — something GM and other car makers were exploiting with each passing year.

As Alfred P Sloan, GM’s boss at the time said:” “I think that the future of General Motors will be measured by the attractiveness that we put in the bodies from the standpoint of luxury of appointment, the degree to which they please the eye, both in contour and in colour scheme, also the degree to which we are able to make them different from competition.”

It took old Henry a long time to realise no one wanted his baby any more, no matter how cheap it was.

The last of the Model T’s came off the assembly line in the USA on May 27, 1927. And then all of Ford’s factories across the world were progressively shut down and its 180,000 workers laid off.

Dealers found themselves with no cars to sell. It was not an easy time.

Advertised as “The New Car for 1928” the Model A Ford received an extraordinary welcome around the world.

In the USA dealer showrooms were crowded with people eager to view the new car. Media reports revealed that millions of people saw the car on its first day of display.

Just as in America, here in Australia “The New Car” was welcomed by thousands of people when it first went on display in May, 1928.

A report in the Hobart Mercury dated May 26, 1928 says more than 300,000 Australians inspected displays of “The New Car” across Australia.

That means about one in 20 Australians went to see the Model A. Ford should be so lucky today!

The Model A revived Ford’s American fortunes but it was not enough to withstand the sales competition from Chevrolet and Walter Chrysler’s new low-priced car, the Plymouth.

Ford slipped from its number one status in the USA in 1931, but regained it when the flathead V8 was introduced in 1932 — but by 1937 GM was market leader again and would not relinquish it.

The 20 millionth Ford was a Model A. It was also the first Ford to gain real favour with hot-rodders and customisers in the late 1940s, especially with a V8 between the frame rails.

The first Model A club in Australia was formed in Canberra in 1969 and was joined a year later the by the NSW club.