We get ‘ludicrous’ in Tesla’s eye-popping Model S It’s expensive. It’s controversial. It’s a cracking good drive. And it’s fully electric. The Tesla range has been with us for a few years now in Australia and the Model S remains the most visible.

The P100D is an all-wheel drive machine, with a pair of electric motors — one at each end — to power the wheels. The 100, by the way, stands for the 100 kilowatt hours the batteries produce. Speak to your bank manager if your name isn’t Crowe, Stefanovic or Packer. The Tesla website has it at a driveaway $246,900, but that’s only in NSW.

Along with all-wheel drive, ‘Ludicrous’ mode comes standard. That’s zero to goodbye licence in 2.9 seconds. Passing speeds will also pop your eyeballs, with the sprint from 75 to 105 km/h taking a mere 1.2 seconds.

A massive 17-inch touchscreen controls virtually every aspect of the car, while the car-shaped key fob must be in your possession before it will let you in.

There’s carbon fibre inlays to complement the leather, alcantara and black plastic — and it looks a treat. Cup holders are provided, but there’s no storage in the doors — none whatsoever.

The powered and heated seats are comfortable to a fault, the steering column is easily adjusted via an electric toggle, and it’s a pretty simple office to look at and spend time in.

The car and fob communicate wirelessly so when walking to or away from the P100D the door handles slide in or out — it’s secure and safe.

Our test vehicle was equipped with Tesla’s controversial Autopilot, more or less — there are some caveats.

Hidden in the centre B pillars and front guards are tiny cameras that link to software on board. If these cameras can see white roadside markings then the full LCD dash will display a grey steering wheel icon.

This tells the driver that autonomous driving mode is available for use.

A small lever on the botton left of the steering column needs to be pulled twice and this engages the software. BUT it also warms you to keep your hands on the wheel, and if there’s no line markings — it won’t work.

The main screen covers everything from driving modes, to a swipe to open or close the sunroof fitted to the review car.

Battery usage, air conditioning, radio apps like TuneIn and Spotify (no DAB, as a result) are all accessed at a touch, even down to an onboard user manual.

The driver’s screen has information accessed via two roller switches on the steering wheel itself, such as navigation, fan speed, battery discharge rates, and more.

The centre console is spacious, comes with 12V and USB ports, and is prefitted with a charge point for Apple phones that have a Lightning port.

The rear camera provides a high resolution image which is great as the rear vision mirror wouldn’t look out of place in a 1960s car.

Outside it’s slinky and at around the five-metre mark covers some real estate.

There’s no grille in this model, unlike the original Model S, while an optional carbon fibre spoiler was fitted to the test car.

With a motor up front, storage is restricted to a small “frunk”. That’s Tesla speak for a front trunk. And yes, you can only open this via the touchscreen.

The charge port is located on the left rear quarter and will open at a push or via the touchscreen as well.

The rear cargo section is huge and there’s a hidden compartment under the rearmost section with even more space.

And for all but the tallest people, the front and rear seat space is more than adequate.

There’s even a bioweapons defence mode, says Tesla, when it comes to the air conditioning system, blocking pollen, viruses, and bacteria. This is the fastest accelerating production car in the world.

To say it’s quick is to say the Kardashians are a blight on society, or that the Burj Khalifa is tall.

There is genuinely nothing like it on four wheels, except perhaps for Tesla’s Model X which we’ll review soon.

With all-wheel drive system and the ability of the electric motors to deliver maximum torque instantly, the car produces the kind of acceleration that could detach retinas.

Ludicrous mode is simply unbelieveable and overtaking is a doddle, with slowing not only super quick — it feeds energy back into the batteries.

Getting underway is simple. Put your foot on the brake, pull down on a small lever to the right of the steering column, and off you go.

Parking is a press of a button at the end and that engages a parking brake. Around 30 seconds after exit, the door handles retract and the car goes to sleep.

Ride quality is superb if using the standard suspension setting. It will go lower and hunkers down at speed by itself, but raise the car and it crashes and bangs.

The bedamned speed restrictors in shopping centres are ignored, there’s simply no body roll, yet it never once feels like it’s going to shake, rattle, and roll.

The steering is precise and that’s crucial with such an astounding drivetrain. There’s no freeplay, no wasted turning, although the turning circle itself would be shamed by an American aircraft carrier. It’s superbly weighted too, with standard mode almost indiscernible from Sports mode.

Range is naturally dependent on how the P100D is driven. In day to day traffic a good 600km is possible and with the charge network expanding, finding a place to plug in shouldn’t be hard. Google Maps shows a list and location of charge points available.

On that point, Tesla includes a cable to connect to your power at home, but it’s as slow as a wet week.

A 10-12 hour charge delivered only a 25 per cent increase. This is where their recommended home charger system that runs on three-phase power is a better option for home use.

Even though it’s called Autopilot, Tesla is quick to point out that it is not, repeat not designed for hands-free driving. It’s an advanced driver assistance system (ADAS), it says, that is intended for use only with a fully attentive driver with their hands on the wheel and prepared to take over at any time. “Autopilot is not a self-driving system, it does not turn a Tesla into an autonomous vehicle,” a spokesman said. It’s a technological tour de force but still not perfect. And the price means only celebrities or bankers can afford one. But if you like the feel of a shuttle launch — then this is the car to do it. 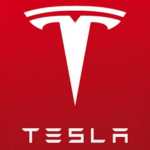 Check out deals on the Tesla Model S