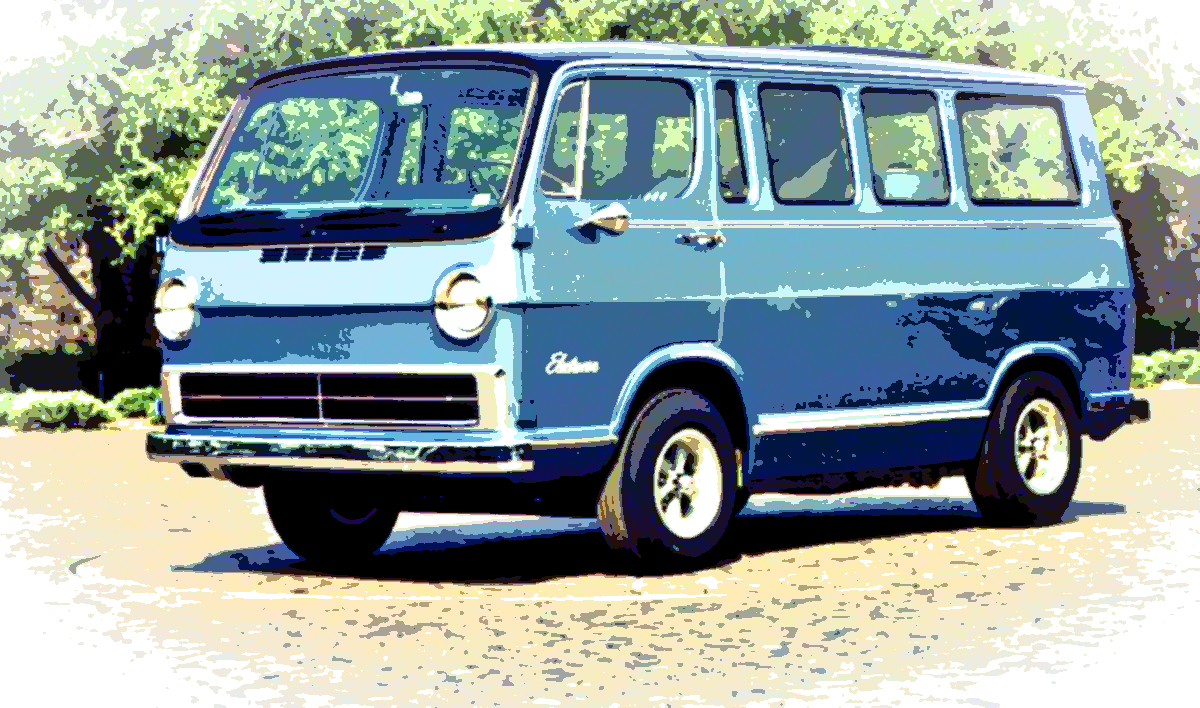 In these days of Volts, Leafs and Prius it is easy to forget that the world’s car makers have been down the alternative fuel path before, all the way back at the dawn of the automobile era with steam and electric powered cars.

In the 50s and 60s General Motors (GM) and Chrysler invested tens of millions of dollars in turbine powered cars, which they said could use any liquid fuel, from kerosene to Chanel Number 5 to tequila.

In 1964 Chrysler built and gave 50 turbine cars to families across the USA for a two-year experiment.

The cars were styled by Chrysler’s design chief, Elwood Engel.

He’d just been headhunted from Ford, so it’s no coincidence these coupes looked a lot like the 1961 Thunderbird’s Engel had drawn.

At the conclusion of the trial all but nine of the cars were destroyed.

Six had their engines removed and given to museums.

Of the three remaining working cars, two are at the Chrysler Heritage Museum in Detroit.

Talk show host and car collector Jay Leno owns and drives, the other one.

Meanwhile, over at GM, their 1966 Electrovan is credited with being the first hydrogen fuel cell car ever produced.

Although it looks like a normal GMC Handivan, it is anything but.

It was the brainchild of Dr Craig Marks who headed up most of General Motors’ advanced engineering projects.

Marks and a staff of 250, developed the Electrovan for over two years before attaining a drivable vehicle.

The Electrovan used a fuel cell which was fuelled by both super-cooled liquid hydrogen and liquid oxygen.

Most of the Electrovan’s cargo space was taken up by the hydrogen (red), oxygen (green), and fire retardant (black) tanks.

The 5kW fuel cell was able to propel the GM Electrovan at speeds of up to 100km/h.

Because of safety concerns, the Electrovan was only used on GM test tracks, where it had several mishaps.

Like the time the hydrogen tank exploded, blasting pieces of it up half a kilometre.

No one was injured, but they sure needed those fire retardant tanks.

After the Electrovan was built, tested, filmed and shown off to journalists the project was terminated.

The reason given was that it was too cost-prohibitive and there was no supporting hydrogen fuel supply infrastructure in place at that time.

For years the Electrovan was banished to a warehouse in Detroit, narrowly avoiding the crusher on several occasions.

Then it was transported to the General Motors Heritage Centre near Detroit where it now resides alongside the first Chevy Volt ever built.